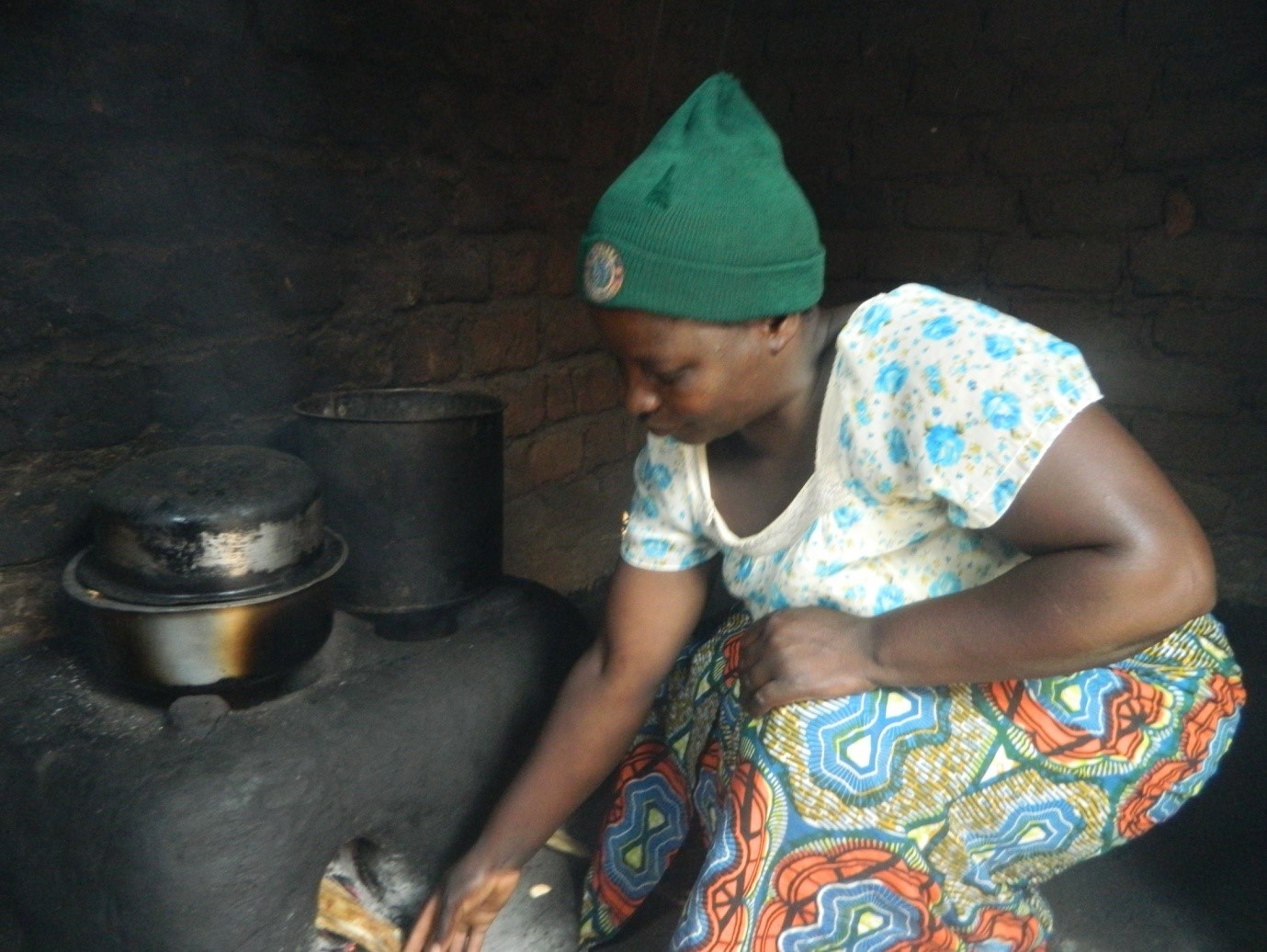 Doreen Chimwaza, 38 year-old woman, hails from Kadambo Village Traditional Authority Bvumbwe, Thyolo district. Doreen got married 18 years ago and has seven children. For the first 14 years in marriage, she had a regular life. “I used to wake up at 4 AM, go to a nearby forest to collect firewood, come back home three hours later and prepare breakfast for my family.

I would then do daily household chores including preparing lunch and dinner,” she narrates. During the first years in marriage, Doreen found cooking tiresome and uninteresting because it demanded a lot of time and energy.”For me to cook, I had to use three cooking stones which needed about six big pieces of firewood in a day. So every day, I had to wake up early to collect the firewood.” She explains.

Little less than a bonfire, the three cooking stones consumed huge amounts of firewood and filled Doreen’s kitchen with smoke. The smoke was hazardous to her life. According to the World Health Organisation, smoke from indoor fires kills over 1.6 million people in developing countries every year. “I used to cough all of the time because of the smoke in the kitchen,” she laments.

Then in 2013, everything changed after member farmers of Development Aid from People to People (DAPP) Farmers Club Program imparted to her knowledge and skills on constructing and using firewood saving stoves which she has been using for the past four years.

The stove is made using clay and mud which are locally sourced materials that she was able to get at no cost. The new stove also uses less firewood, hence few trips going out in the forests and bushes to find firewood. “The pieces firewood that I was using in a day can now go for a week. This is because the stove also conserves heat, so I do not need the wood all the time,” she says.
In addition to advancing agricultural production and improving living standards of farmers through training them in modern and effective agricultural farming methods, DAPP Malawi Farmers Club Program, among others imparts knowledge and skills to communities in the adaptation and mitigation of climate change. Activities include: educating communities on the effects of careless cutting down of trees; importanceof using firewood saving stoves and planting of trees.