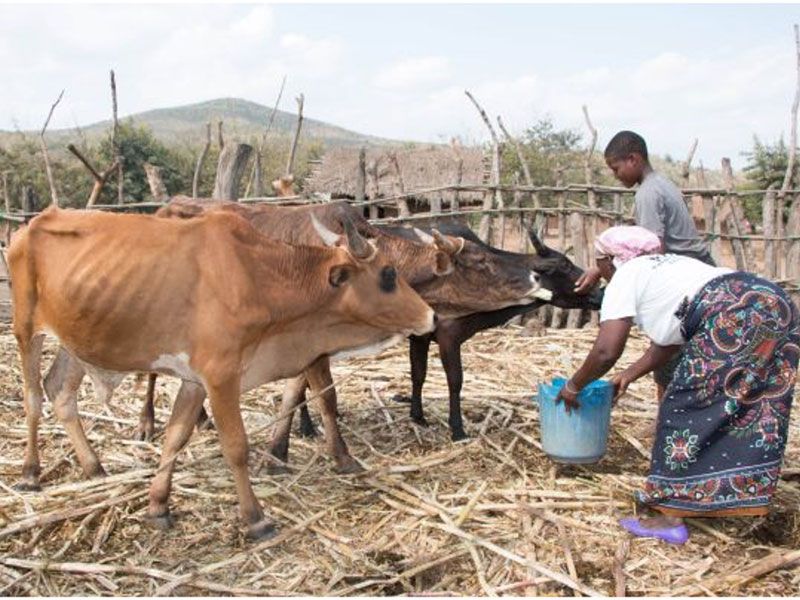 Women farmers in Chikhwawa are reaping rewards from improved livestock management as more women are now engaged in piggery and goat farming.

Mary Coster says before the women joined that DAPP farmers clubs they were practising subsistence farming which in the wake of climate change made livelihood difficult. The livestock provide protein and supplement the income for the farmers as most depended on rain fed agriculture before the inception of the project in the area.

“In the beginning DAPP taught us Conservation farming. The organisation also brought us skills in improved livestock management. We are now able to raise goats and pigs intensively” said Coster

The livestock are provided to the women farmers on a pass on project. Where each farmer will be able to receive either a goat or a pig. In the new method that Coster has employed to raise goats the farmers have abandoned the traditional ways of building kraals for the goats on the ground but instead the housing for the animal are raised.

“When we raise the kraals for the animals we are protecting the livestock from diseases as well as predators like hyenas. In that way we improve on the productivity,” continued Coster

Coster also says that she is very happy that the DAPP farmers Clubs are also reaching out to men. She says if men can support what the women are doing there will be a lot of progress in the community. DAPP is implementing a three year Farmer Clubs project in Chikhwawa CLICK TO WATCH VIDEO