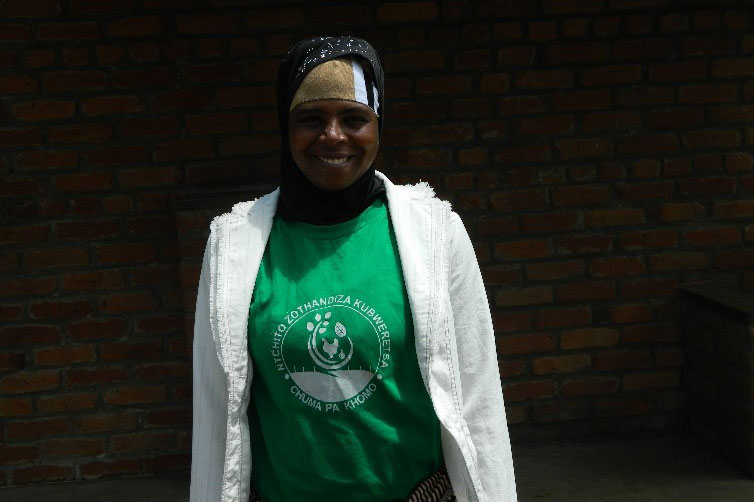 Hailing from Likhonyowa village in traditional authority Nchinguza in Machinga district, Dora is a 29-year-old married woman with four children as well as a volunteer and care group leader for the DAPP Nutrition project being implemented in the district.

The poject also known as Screening, Care and Nutrition for the Management of Severe and Moderate Malnutrition in Children Aged 0 to 2 Years project is being implemented in the area of Traditional Authority Nchinguza, an area prone to faminine and records higher cases of malnutrition.“Since the project started in October 2018, I have learnt a lot. For example, I was taught on the importance of cooking and eating foods from all 6 food groups, the foods pregnant women should eat, exclusive breastfeeding techniques and supplementary foods that can be given to children after six months to ensure that they are not malnourished. The project has also taught me a lot on hygiene issues, DAPP field officers hold open days where they teach us how to construct rubbish pits, pit latrines and hand washing mechanisms as well as holding cooking demonstrations and constructing firewood saving stoves among others”, she saidDora uses the knowledge gained to further spread the word and teach her friends on the importance of the things mentioned above. “I am a volunteer and also a beneficiary of the project, I believe it is right to teach others what I have learnt and just not keep everything to myself” she said The one-year project aims at increasing malnutrition screening, access to nutrition services and reducing acute malnutrition in children aged between 0 – 2 years old as well as community counselling to pregnant and lactating mothers including those with malnourished children.