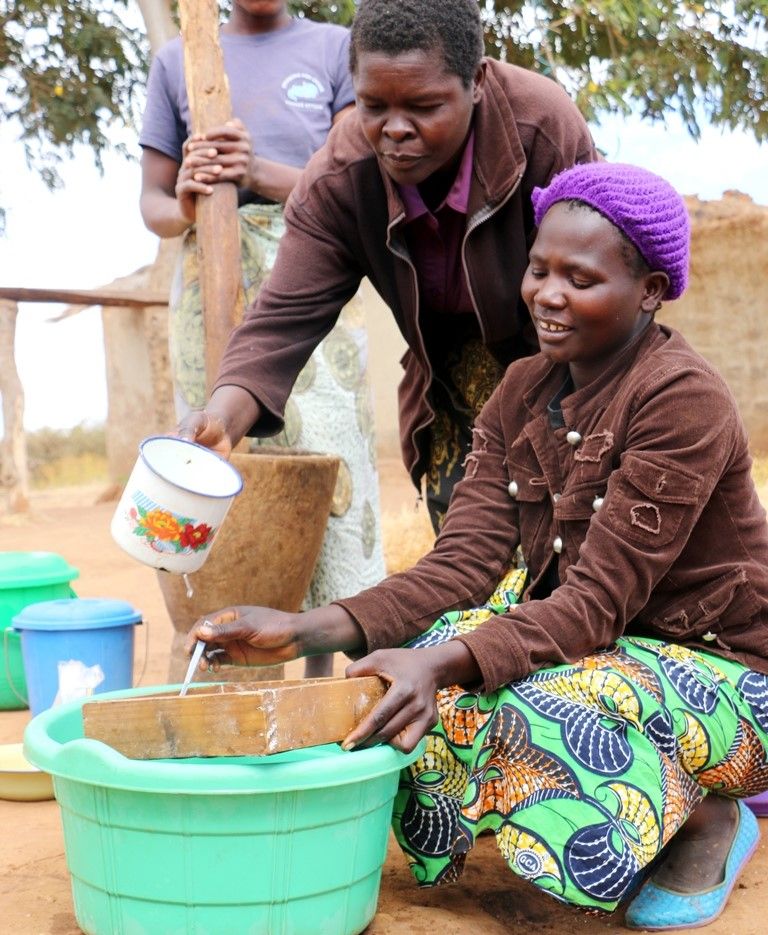 DAPP Malawi,Soya Milk Making Supports Nutrition of Kalumo Village Families
Before 2015, the family of Agnes Kaliati from Kalumo village of Traditional Authority  Kalumo in Ntchisi could not afford milk. It was too expensive and the family could only manage to drink milk once or twice in a year.
Since joining Mother Group at Masangano Primary School in 2015, Agnes together with other women were trained by DAPP on various skills including making milk from soya beans.
DAPP Malawi with support from the Roger Federer Foundation is implementing a project aimed at improving the lives of children who go to school. And through it the women have learnt special skills to make among others juice and Jam from locally available foods.  The women are also trained in making fuel saving stoves to mitigate the impact of climate change.
“Its easy to make soya milk” says Agnes then explains “We clean the soya beans and boil until its hulls become soft and loose. Then we flush out the hulls and rinse the beans thoroughly. We pour the beans into the mortar and we start the process of grinding the beans by pounding. To separate the soy milk from solids we use a sieve [or squeezing through cheesecloth] and recover the soy milk then heat the soy milk till boiling point. After wards we cool the milk and it is ready to be taken. We also improve the taste by adding some salt and sugar
Agnes says is happy that she has a skill of making milk for her family which is enjoyed by her child who is now in standard 3 and loves to drink the milk every morning before going to school.
“My family enjoys this milk and they encourage me to make this milk every day” says Agnes who described the soya milk as being as good as fresh milk from shop.
Apart from happiness the milk has brought to her family, she also noted that the milk has improved the health nutrition status of her family and because of these benefits; she plans to cultivate more soya this farming season so that her family can drink milk throughout the year.
“I am encouraging people to cultivate more soya and use it to make milk because it is good for our health.” Adds Agnes who says this milk is both good and cheaper