Embassy of China Donates a Youth Center to DAPP Malawi

Embassy of China Donates a Youth Center to DAPP Malawi 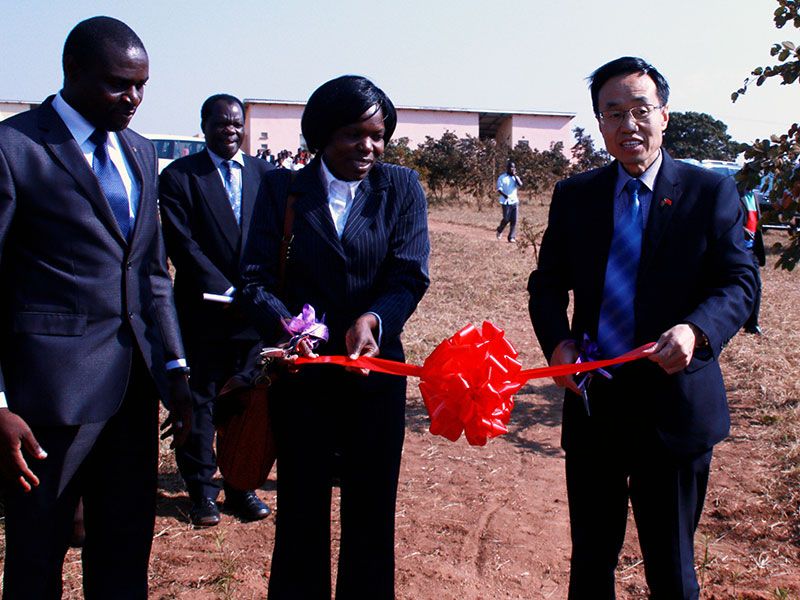 The DAPP Teachers Training College in Dowa benefited from the construction of a Youth Center done by The Embassy of China. The Youth Center is furnished with Information and Communication Technology equipment among others for the benefit of the people around the college in Dowa.
Education is a passport out of poverty. With the appropriate skills and knowledge, people can emerge from poverty, from poor health choices and from social exclusion. The Youth Center will be crucial to provide the needed service to Malawi youths, some of whom will have their future uplifted through utilizing its services efficiently.
According to UN, literacy rates of youth in the Sub-Saharan Africa region have generally improved. Over the last two decades, rates for young literate females rose from 58 per cent to 66 per cent, compared to 72 per cent to 78 per cent for young men.
At the function to mark the official handover ceremony, The Chinese Ambassador to Malawi, Wang Shi-Ting, said the donation was made as China recognizes the importance of education to every country’s development and certainly the youth’s education hold a key necessary to increase the productive base of a country.
He said the center will contribute to serve as a recreational place for the youth in the surrounding area, while the youth at the college will use it as an education resource center. The facility is equipped with modern computers and other information and communication equipment. 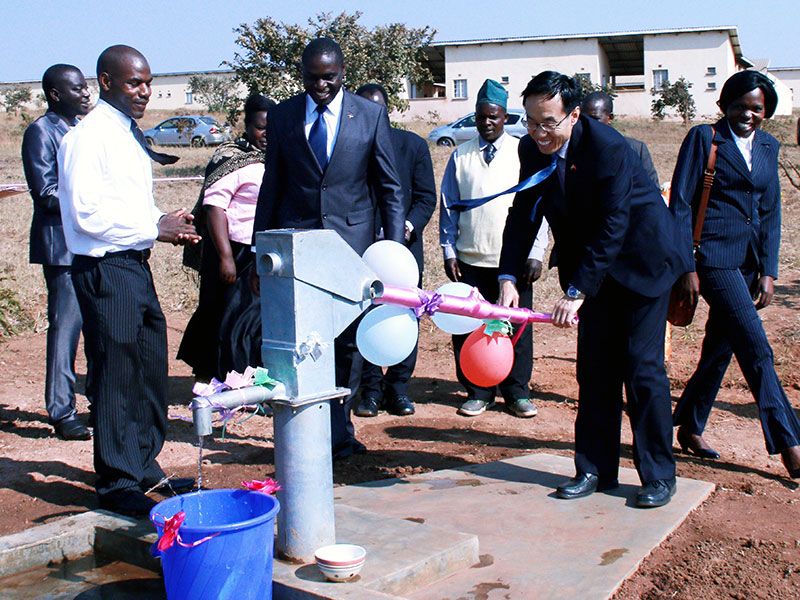 The setting up of the youth center was achieved after DAPP Malawi through the Teacher Training College in Dowa approached The Embassy of China and made a request for the setting up of a youth center with specific functions of supporting the training of students and reaching out to the general youths in the community around the college.
The Embassy of China also donated a borehole, which the ambassador said will reduce water challenges that the college and the communities face, especially during the dry season. Climate change has seen some sharp changes in the rain pattern with some erratic rainfall and other times flash floods affecting Malawi’s chances of being water secure and the Teacher Training College in Dowa has been affected in the process. Moreover, the El Nino effect of warmer conditions has made it difficult for the most part of Southern and Central part of Malawi to have enough water supply.
The Embassy of China is actively supporting the education sector of Malawi as it has set its sight on constructing five community colleges with youth’s centers in the country in co-operation with the government.
DAPP Malawi see the positive support of the government of China contributing to the organization’s programs that are being implemented to support young people to acquire training skills which are vital to sustain their future lives.