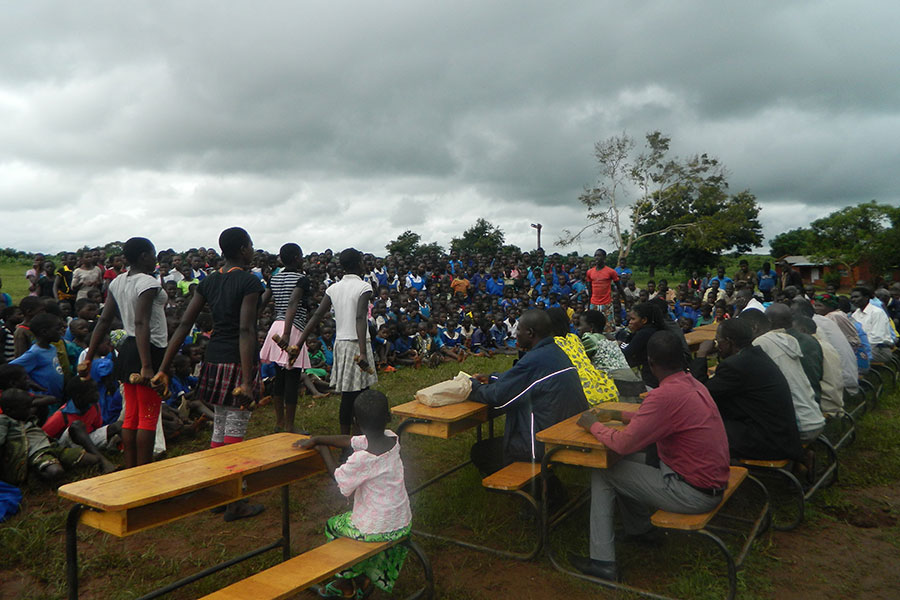 Mafosha primary school held the open day on 9 February 2018 at the school and in attendance were representatives from World Vision, the school teachers, Senior Group Village Headmen, Village Heads, Parents and Teachers Association (PTA) members, Mother Group committee members and learners.
The campaign messages centred on how learners and the community can prevent cholera. The messages were conveyed through comedy, dramas, music, poems and storytelling prepared by the learners.
Senior Group Village Headman Mzongo emphasized that cholera is deadly and the people need to practice hygiene through hand washing before and after eating, avoiding open defecation and washing hands with soap after visiting the toilet.
On the other hand, Stanley Kachidowo outlined to the audience ways in which cholera can be contracted, the signs and symptoms and the preventative methods.

DAPP Malawi responds to TB in the Mining Sector 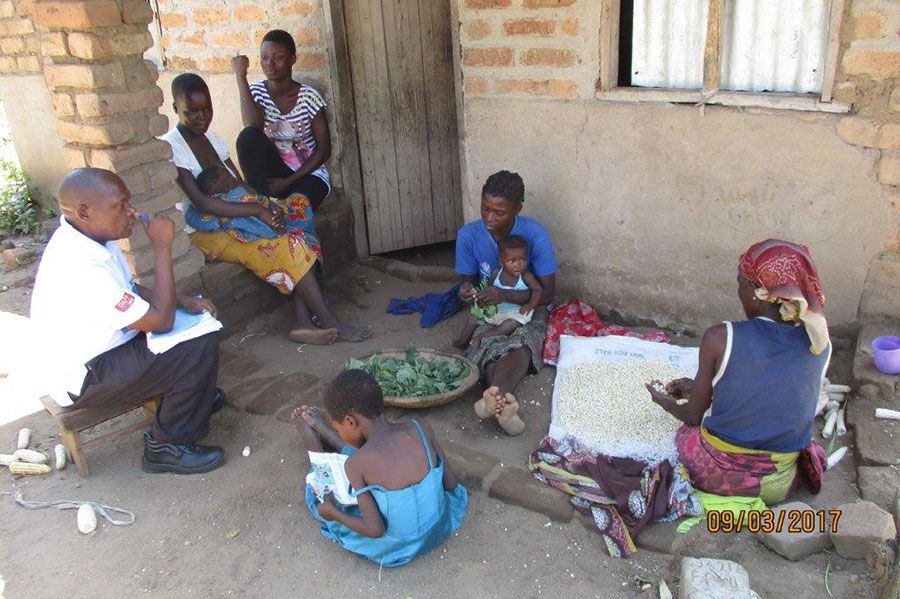 Humana People to People, a network of development organizations working in the areas of international solidarity, cooperation and development participated in the European Development Days (EDD) that took place in Brussels from 7th to 8th April 2017.
The event brings together the development community annually to share ideas and experiences in ways that inspire new partnerships and innovate solutions to the world’s most pressing issues.
During the event, Humana People to People and its individual members shared multiple in-depth learning on health services for at-risk populations and renewable energy with the wider development community to spur and support greater collaboration and deliver better outcomes for developing and vulnerable communities.
DAPP Malawi a member of Humana People to People is implementing a program responding to Tuberculosis in 10 countries of Southern Africa. The programme known in short as TIMS [Tuberculosis (TB) In the Mining Sector] aims to increase TB case finding among the key populations (Miners, Ex – miners, their families and communities where they stay), access to information and education on TB prevention, and provide HIV Testing and Counselling, care and treatment to presumptive TB patients.
The project commenced in July 2016 with funding from Global Fund channeled through Wits Health Consortium (WHC). In Malawi, the TIMS initiative targets a population of 15,000 people who are to be screened during the 18-month project life in three districts namely Chiradzulu, Neno and Phalombe.
With approval from the Ministry of Health, the project supports people who are receiving TB/HIV treatment and conduct community engagements seeking to achieve adherence to treatment following the medical prescriptions endorsed. This is currently being through awareness and sensitization campaigns, TB screening and contact tracing of those whom the TB patients have been in contact with to see if they have been infected. 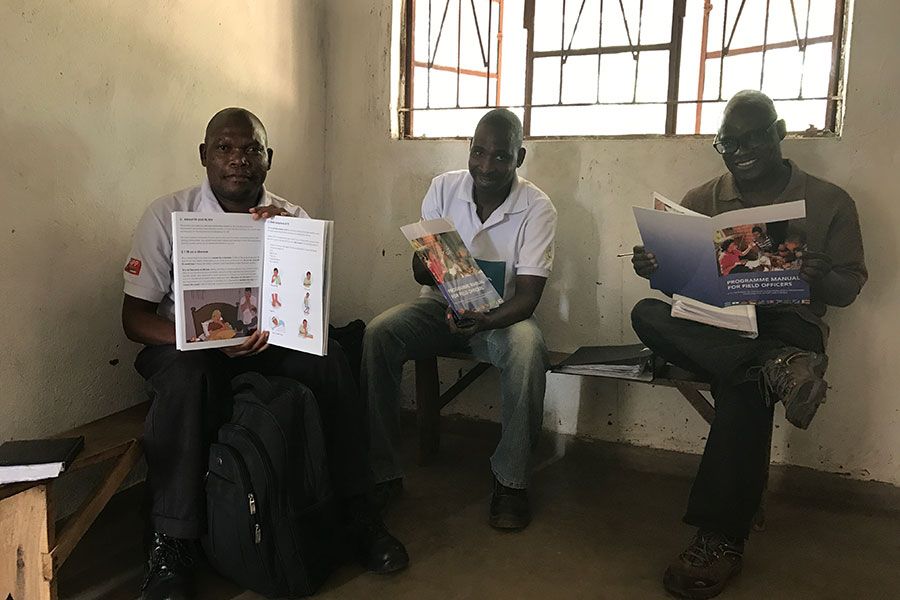 DAPP Malawi in collaboration with the Ministry of Health trained field officers who carry out door-to-door awareness campaigns on TB symptoms, prevention, testing, and treatment adherence as well as TB stigma and discrimination. The officers conduct mapping of sentinel sites where mine-workers, ex-miners and their families live, encourage workshops at workplace and mining sites, train mineworkers as peer educators who in turn promote debates and trainings in the mining sites.

There has been an increase in case detection for TB and HIV in the mining sector amongst miners, ex-miners, their families and the communities in the three target districts with a total of 10,777 people screened for signs and symptoms of TB using predefined screening questions and 649 people have been referred to health facilities for further assessment and diagnosis by end of May 2017.
Humana People to People members have been at the forefront of global efforts to tackle some of the most significant development challenges for over three decades through new partnerships and collaborations with local communities, governments and other development actors.

DAPP fighting TB, HIV and AIDS through an integrated approach in Thyolo 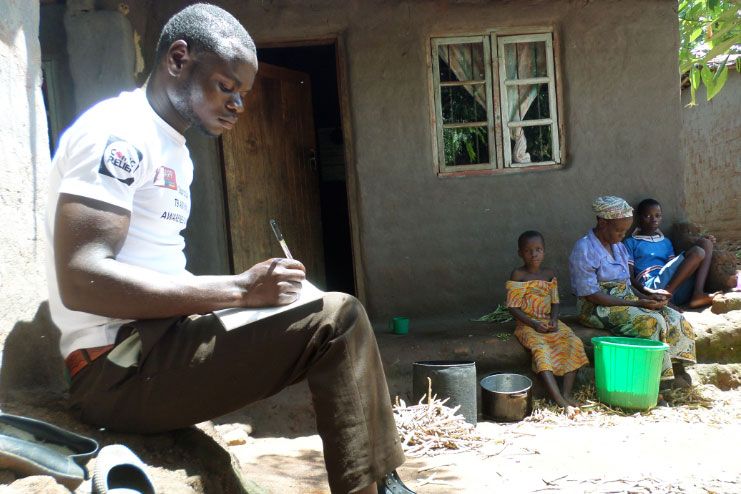 DAPP Malawi has since February 2015 been implementing the Integrated HIV/TB Project in Thyolo district which is funded by Comic Relief through TB Alert. The project aligns with the World Health Organisation’s ENGAGE-TB approach to integrate community-based TB and HIV/TB prevention, care and control activities.

The activities being carried out by DAPP are based on a new paradigm for integrating HIV and TB at the grassroots through a combination of activities that tackle stigma and discrimination, strengthen clinical services, build family and community capacity to support the patients and improve the nutrition status of HIV and TB affected families.

During a recent field visit organised by the project recently, Group Village Headman Bvumbwe observed that occurrence of death due to TB and HIV related causes has been reduced in his area because patients are now seeking for early treatment following referral by Community Health Workers and close follow up visits by CHWs and volunteers who together ensure that patients adhere to treatment.

“I want to thank DAPP for the Door to Door TB, HIV and AIDS Campaign that has helped to reduce the number of deaths as a result of TB in my area. This approach has saved many lives especially in my area because people are encouraged to go for screening and to seek treatment early through this project.
“The nutritional status among patients on treatment has improved and every month the  patients are getting  nutrition support like maize, soya beans and Sibusiso food supplements among other interventions.“. I call for the continuation of the project. Lives have been improved and saved from early deaths,” said Bvumbwe.

Several community members who are under the project expressed profound gratitude with the coming of the TB/HIV project in their area most citing that if it were not for the project they would not have known their TB and HIV status. The community members also shared how they had been empowered to make decisions about their lives and live according to their status inorder to prevent HIV infection and re-infection.

A young mother who was diagnosed with TB four months ago recalled how her health status improved after a Community Health Worker referred her to the health centre following weeks of being encouraged to go for testing; she said the nutrition support she started receiving though the project and the medication from the health centre have greatly improved her health and nutrition status.

Concurring with the community members, Bvumbwe Community Care Organisation (BVUCCO) Coordinator, Agness Namaona added that through the sensitization campaigns and door to door visits, people were now free to go for TB screening, HIV testing and counselling services that there is reduced stigma and discrimination in the communities.

Makungwa Health Centre Senior Medical Assistant Thom Kapinza Soko hailed DAPP for working closely with government to reduce TB, HIV and AIDS related deaths through the TB/HIV project. The DAPP project has established a strong link between the people and the existing health services   which. This has further created an increased demand on the health centre to cope with the increasing number of people who seek treatment and this saves more lives. Through the trios which are formed comprising of the patient and two relatives, drug adherence has been enhanced unlike in the past were the patients mostly had the sole role to ensure they took their medication correctly.

“As a hospital we want to thank the DAPP Community Health Workers and Volunteers who are helping us identify presumed cases in the villages and refer them to the hospitals. We also want to recommend the nutrition classes and cooking demonstrations conducted in the communities’ in order to teach people about the importance of healthy food. The patients and their families are able to prepare a variety of healthy meals using food items from  the  six food groups. This has further enabled the patients to boost their nutrition and assisted in drug adherence as some patients used to report that they have increased appetite when taking the TB medication and that it became difficult to take the medication especially when they had no food,”   said Soko.

DAPP Head of Programs, Moses Chibwana said through the project, DAPP is contributing towards the government’s efforts in raising awareness on TB, TB/HIV co-infection, early case finding and linking patients to effective treatment and   ensuring that patients adhere to TB HIV treatment. He acknowledged the role that the DAPP Community Health Workers, community volunteers, traditional leaders, support groups and health personnel play towards the achievement of the project goals and alluded the success of the project largely due to this collaboration.

“Since inception, we have reached 123 735 people with HIV and TB information through the door to door approach and 11 484 presumptive cases have been screened for TB at their door step. The project also provides nutrition support for Multi-Drug-Resistant tuberculosis (MDR-TB) patients and TB/HIV co-infected patients,” said Chibwana.

Chibwana added that although the project is on course and meeting its intended goals, there are some mobility challenges being faced by the team of committed volunteers who work tirelessly together with the DAPP Community Health Workers to ensure that their communities receive TB/HIV information and access health services at the health centre as they walk long distances to reach the communities. 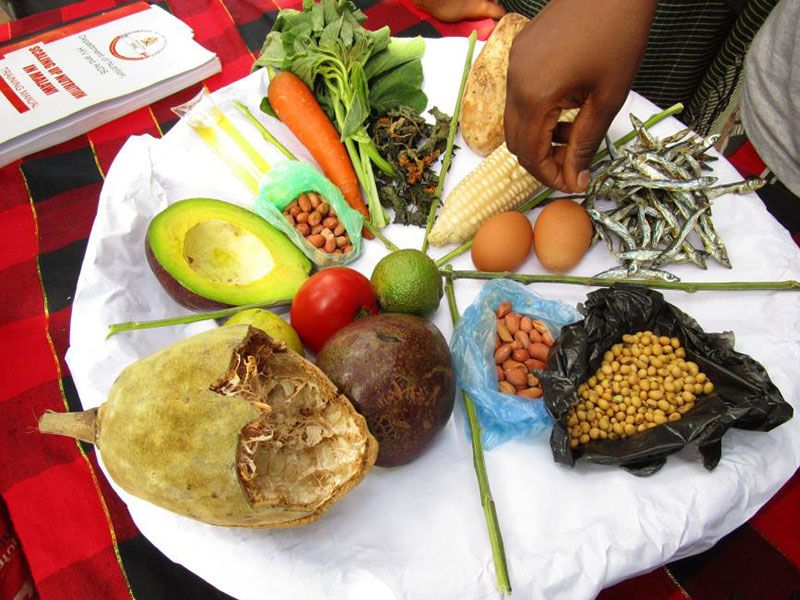 DAPP Malawi is working to reduce child stunting, maternal and child anemia through mobilizing the communities on the importance of

mothers eating well and providing nutritious food to their infants.

There are many actions in the local communities to spread knowledge on how to avoid malnutrition and what can be done to counter malnutrition using locally available resources.

Malnutrition is among the most prominent faces of poverty in Malawi. Around 40% of the children under 5 years are under-nourished leading to stunting and reduced development of their brain capacity. In acknowledgement of the problem, Malawi joined the international Scaling Up Nutrition (SUN) movement in 2011 in-order to mobilize people to stop this sad situation together with health clinics, government departments and organizations working with people in the local communities.

DAPP Malawi is one of the organizations working with nutrition together with The Department of Nutrition, HIV and AIDS in a project aligned with the Scaling Up Nutrition (SUN) program called 1,000 Special Days and launched by the government of Malawi. The project builds capacity of existing local development committees which support the nutrition, child and maternal health activities at community level.

People in Blantyre and Chiradzulu work to improve maternal and child nutrition. 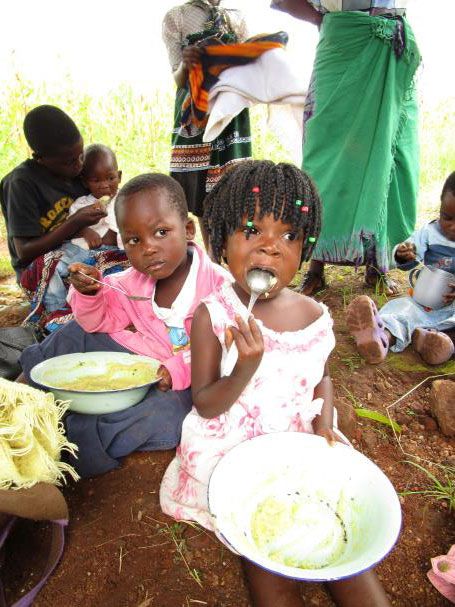 In the first half of 2016 the activities included establishment of nutrition and health care groups and learning about correct Infants and Young Child Feeding (IYCF) practices.  A total number of 813 Nutrition and Health Care Groups were established. The program’s Field Officers and Lead / Community Volunteers, who are part of the care groups continued carrying out door to door home visits and through that sensitizing 200,000 people on all the essentials around good nutrition.

Furthermore 11,843 pregnant women were counseled on the importance of attending ante-natal clinic and taking the child to under five clinic for growth monitoring. This has helped to increase the attendance of pregnant mothers to antenatal clinics.

More pregnant mothers and malnourished children are enrolling into Care Groups through the support of the Community Leaders Action Group in Nutrition (CLANS) and the local leadership at village headmen level.

DAPP Malawi has carried out similar programs in other dirstricts of the country and you can watch a moving film about it on DAPP Malawi’s you-tube page:

On this page you can also find other films about what people in Malawi do to get an education as teachers and what teachers do to educate the future generations of young Malawians. You can watch films about how people strive to overcome tuberculosis and what is being done to avoid that the number of people infected with both HIV and TB increase and you can find films about how Malawian farmers grow their land to feed their families.