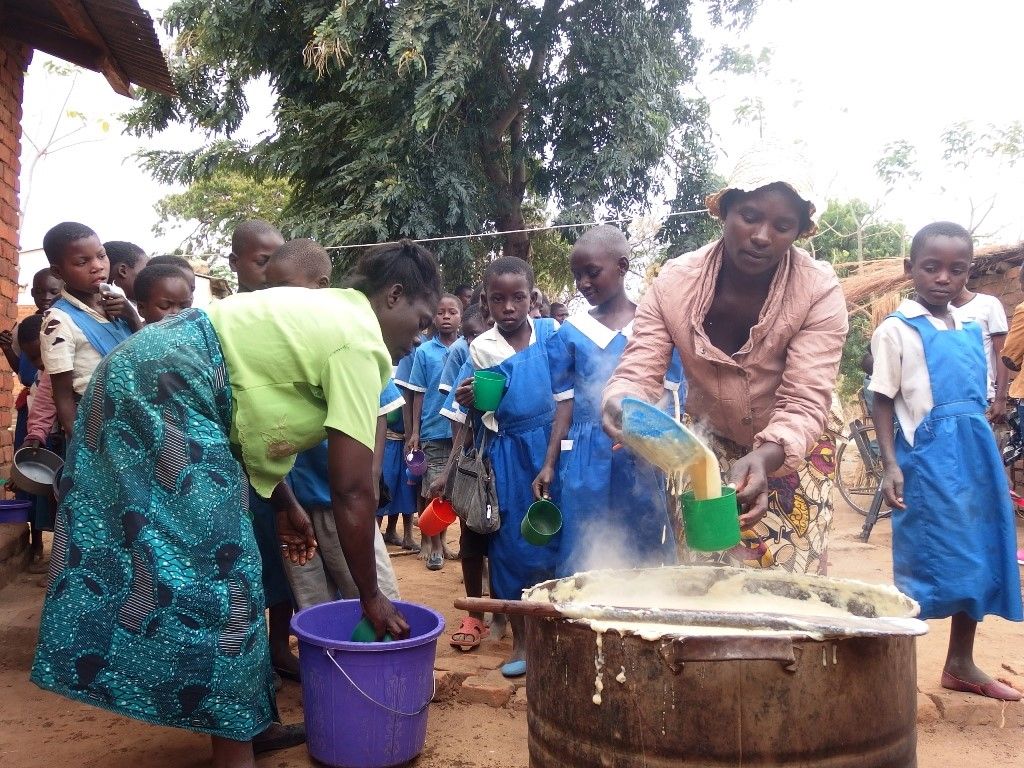 Mothers From Chikusa Primary School Understand Value Of School Feeding Programme
Hilda Kasokota is a 32 year old mother of two sons who  are studying in Standard 5 and 6 at Chikusa Primary School. Every morning after doing household chores, she goes to Chikusa Primary School to prepare soya porridge to feed learners in junior classes.
“I am not doing this because of my children who are learning here, but because I know that once pupils studying here remain at school and get proper education, they will help me and also help the whole community.” Says Hilda
Hilda who is leading a mother group at Chikusa Primary School, began cooking porridge for children in 2016 when DAPP Malawi was implementing its project ‘Let Children Stay in School.’ A project funded by the Roger Federer foundation.
“When DAPP Malawi came to our school we were taught the importance of school feeding programme. DAPP Malawi gave us soya seeds and after planting although the rains were poor we managed to harvest 4 bags of soya each weighing 50 kilogrammes and we began to cook porridge for the pupils.” Explains Hilda
Hilda says she has seen a change in terms of number of pupils that are now attending school since the school feeding programme began at Chikusa Primary school. She said a lot of pupils stopped attending school because they were hungry being at school but now many pupils are returning to school because they now have assurance that they will eat while at school. 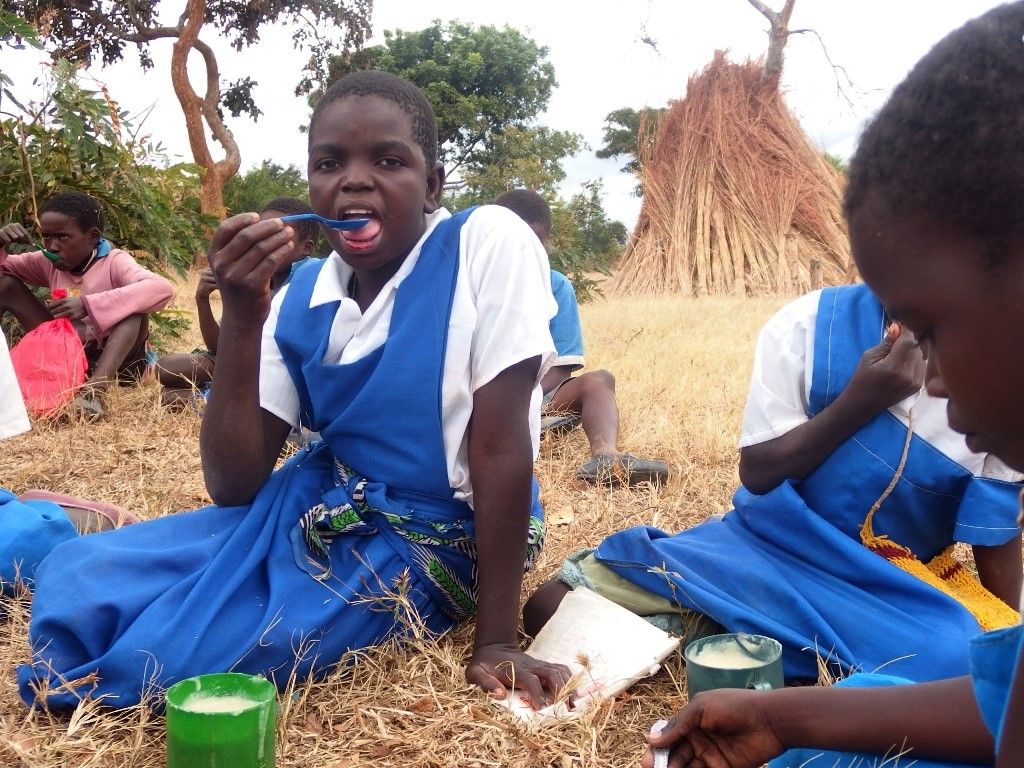 “Our children were running away from class before class time is over, rushing home to get food. But since the start of this porridge pupils have stopped that practice and some who dropped out of school are back and we hope more pupils will be coming to attend classes because they will be eating food here.”
Hilda says because of this change she wants to see the continuation of this Programme because this will enable more children to continue with education which at the end will benefit her community.
Chikusa Mother group has two gardens where they are cultivating soya. But Hilda says she will continue with fellow mother group members encouraging communities in her area to cultivate more soya and maize this farming season so that they can continue feeding children at Chikusa Primary School.