This community is self driven 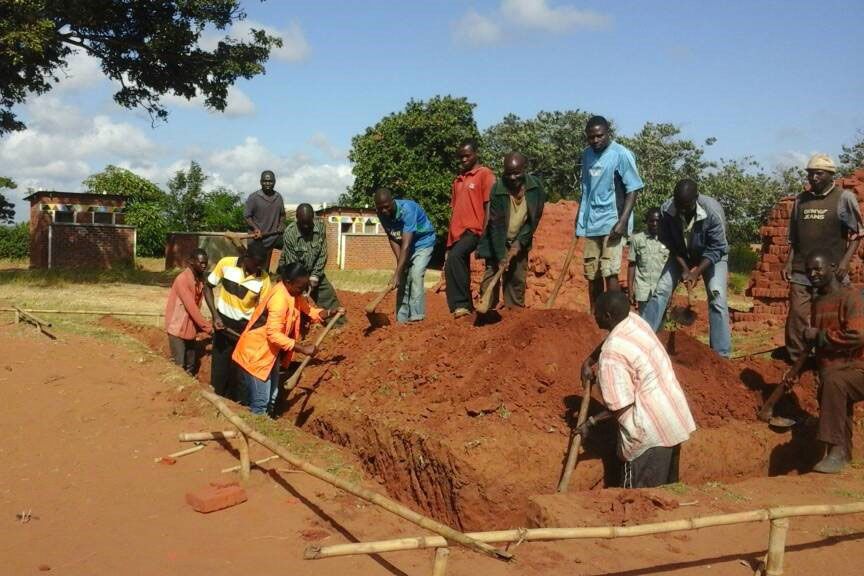 Masangano primary school in Ntchisi was established in 1992. Since then, the school has been a junior primary school with only 2 classroom blocks to accommodate standard 1 and 2 learners.
In the previous school year, the Let Children Stay in School project facilitated the building of temporally learning shelters at the school. The shelters were destroyed by heavy rains during the rainy season and this created pressure on the school since some classes were being conducted outside. To make the matters worse, the classes were always disturbed when there were heavy winds or rainfall. This did not please the community members who later on decided to take an action.
During the Let Children Stay in School project review meeting, the school committee agreed with the community to mould bricks to build a classroom so that all children should be accommodated. There are 15 villages that surrounds the school, each village moulded bricks and they had their own kiln with about 15 000 bricks. The bricks were burnt and the community is ready to start the construction of a 2 classroom block which will accommodate infant classes and also a small office for the head teacher who is using standard 1 class as his office. Now the community has started digging a foundation for the classroom block. They look forward to seeing their children in a new learning environment with no disturbances.