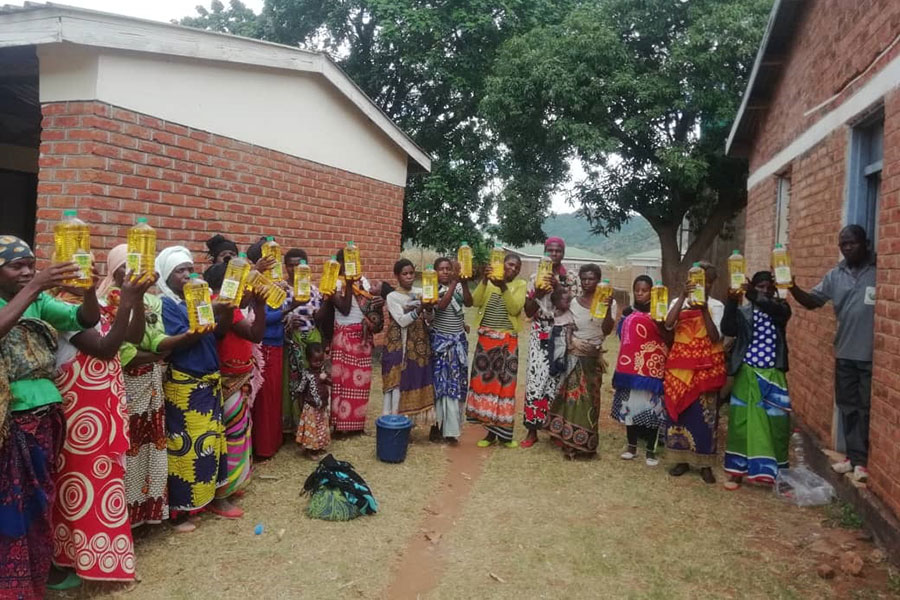 
“We have managed to visit some of the children who are receiving the supplementary food and they are showing signs of improvement, unfortunately we cannot asses their nutrition status because we are avoiding contact,” said Shyreen Malunga the Project Coordinator.
The Ministry of Health through Nyambi and Mkwepere Health Centres provides therapeutic peanut butter to undernourished children while DAPP Malawi supplements the families with supplies like cooking oil and kidney beans.
On 27 March and 27 April 2020, the project made a distribution of the food supplies to 100 families; 50 families at Mkwepere and 50 at Nyambi Health Centre respectively.
The project is being implemented in Traditional Authority Nyambi and targets to directly reach 1,000 pregnant and lactating mothers and over 30,000 people indirectly.
The Screening, Care and Nutrition for the Management of Severe and Moderate Malnutrition in Children Aged 0 to 2 Years project is financed by the Valdese Church through Humana People to People Italia. 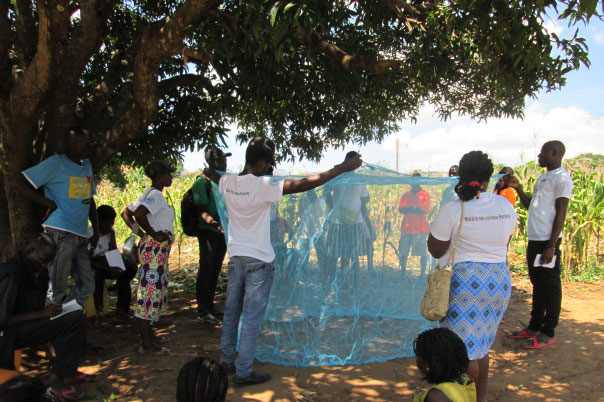 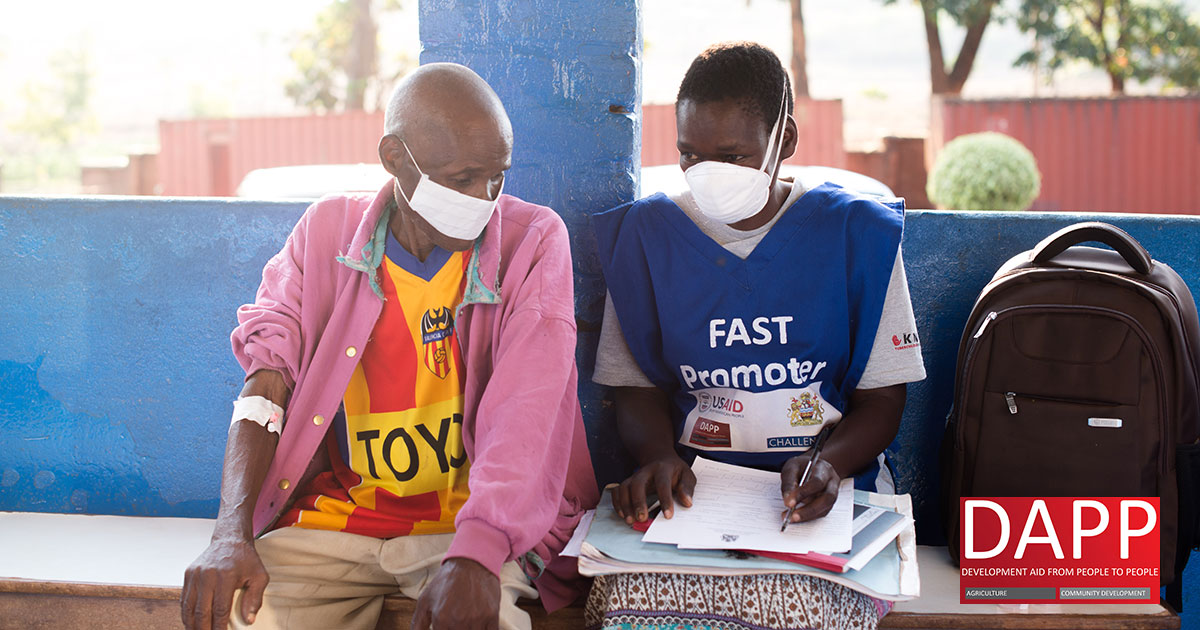 DAPP Malawi is to implement a TB Prevention, Care and Support project in Traditional Authority Kapeni, Blantyre district, running from March to December 2020.
Designed to improve prevention of the spread of TB and improve care and support for people infected with TB, project will focus on increasing knowledge of HIV/TB including symptoms, testing, treatment, side effects, prevention, transmission. 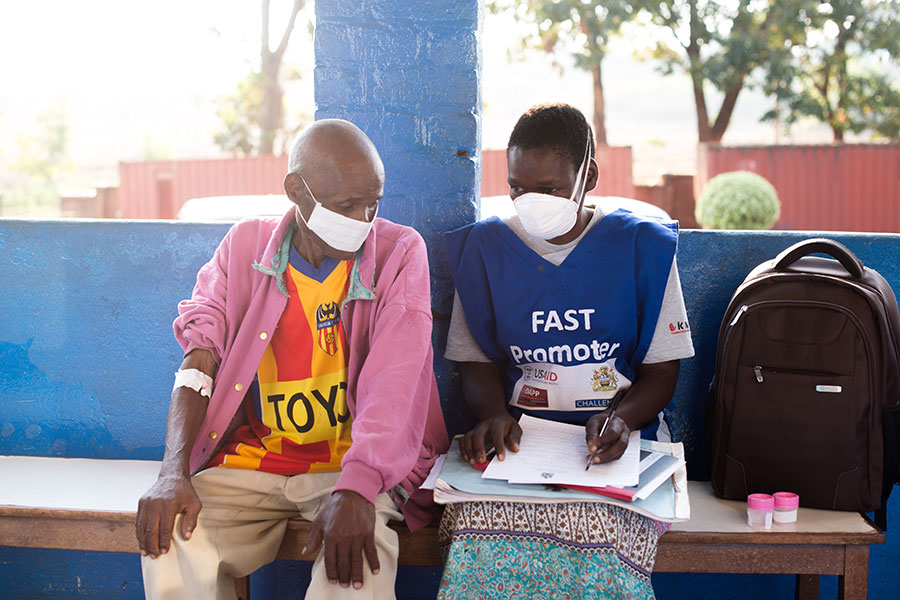 On 24 March, the world commemorates World TB Day, and this year’s theme is ‘It’s Time’. TB is the leading infectious killer of people with HIV and the second leading infectious cause of death for adults globally. Now, more than ever, it’s time to accelerate action and efforts to test, treat and terminate TB.

TB kills more than two million people a year, impacting the poorest of families, communities and countries. World TB Day was launched to raise public awareness on the causes, effect and impact of TB around the world.

Fighting disease and health promotion is a central theme underscoring the efforts of the Federation Humana People to People and its members in the global south, so we join hands in celebrating this important commemoration. Our members have been actively involved in TB programming for more than 15 years now in high burden countries across Africa and Asia. Education has been a priority focus for the response to TB, but this must be coupled with accurate information and communication, as well as solutions to enhance the fight against TB, given that 98% of deaths occur in the developing world.

Humana People to People works in alignment with the United Nations (UN) Sustainable Development Goal (SDG) 3, which calls for an end to TB by 2030. In addition, the World Health Organisation (WHO) End TB program aims to achieve a 95% reduction in TB deaths, 90% reduction in TB incidence rates, and zero catastrophic costs. To this end, we adopt a community-centered approach to TB programming in behavior change, health systems strengthening and TB treatment. This is achieved by integrating innovation-driven approaches through family-based support engaging a TRIO system (infected and two family members); door-to-door screening; and health education with nutrition support.

More than 20 TB prevention and treatment projects were implemented across nine countries in the global south by our members in 2019; these are Angola, Congo, Botswana, Laos, India, Malawi, Mozambique, South Africa and Zimbabwe. Projects engaged a broad-based community approach, working with the poorest, vulnerable communities, as well as adolescent girls and young women in the remotest locations.

This year alone, TB efforts by our members resulted in the screening of 390 000 people, testing of 24 000 people and referral of 5 000 people for TB treatment. Key to all project efforts was enabling communities to ‘own’ HIV and TB, breaking down associated stigma, better understanding disease symptoms, and adopting measures to live positively with a support structure and continued awareness and behavior change.

Malawi making progress in the fight against HIV/AIDS 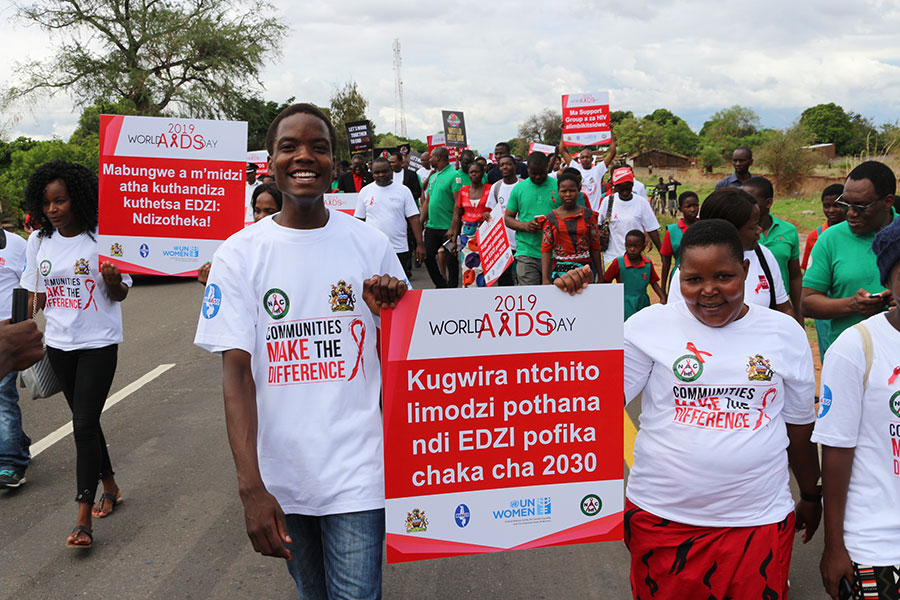 Focusing on the strides that the country has so far made in the fight against HIV/AIDS, Government officials, civil society organizations, local and international partners joined the country in commemorating the 2019 World Aids day commemorations held on 1st December at Ngolowindo Primary School Grounds in Salima district.

“Communities make a difference: End AIDS by 2030” was the theme for the commemorations which highlighted the progress that Malawi is making towards meeting the global 90-90-90 target set in 2014 by the United Nations Program on HIV/AIDS (UNAIDS) and other partners to end the AIDS epidemic. The idea behind the 90-90-90 target is to diagnose 90% of all HIV-positive persons, provide antiretroviral therapy (ART) for 90% of those diagnosed, and achieve viral suppression for 90% of those treated by 2020.

UNAIDS Country Director Mr. Nuha Ceesay said Malawi is making strides in the fight against the epidemic. “Research has shown that every year, Malawi has 38,000 new infections of which 50% of them are found in the youth. This is very worrisome” he said.

Dr Charles Mwansambo, Chief of Health services in the Ministry of Health and Population who was the guest of honour during the function, further explained that as of September 2019, Malawi was at 93-84-92 on the 90-90-90 target and that there is more to be done to reach the 90-90-90 goal by 2030
Designated on 1 December every year since 1988, World AIDS Day is an international day dedicated to raising awareness of the AIDS pandemic caused by the spread of HIV infection and mourning those who have died from the disease.