The overall objective of the project was to contribute to social and economic empowerment of small scale farmers, and building the capacity of farmers’ organizations/cooperatives to produce high quality crops and access competitive markets. Thus, increasing profitability through farming for 1200 female farmers in Chiradzulu district and 6000 farmers in Dowa district as direct beneficiaries in their 4 cooperatives.
The idea was to increase farmer’s income through the production of groundnuts as a cash crop. Secondly, to increase food security by organizing the farmers into clubs. The Farmers’ Clubs were involved in activities such as conservation agriculture, crop diversification, livestock pass-on loans and small scale irrigation. The primary target group were young female farmers.
The emphasis on the second phase project was on growing of groundnuts by farmers in a well-defined value chain where farmers were linked up with Afri-oil. (A company in Malawi which produces oil from groundnut). The Going Nuts project was implemented with funded from the Dutch Government via Sympany of the Netherlands. 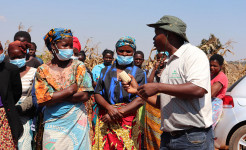 Farmers to improve harvests with SeedCo

SeedCo Malawi a company that produces hybrid seeds for various crops in Malawi has together with DAPP Malawi been working with 120 farmers from Dowa district. The project known as Weekend Farmers club aimed to introduce new and hybrid crop varieties and… 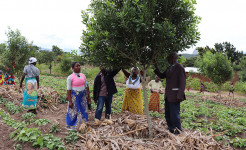 The Macadamia Nuts Value Chain Enhancement project in being implemented by DAPP Malawi in Thyolo and Mzimba district has this year made its first sale of the Macadamia Nuts to Sable Farming Company. Rolled out in 2016, the project is working with 3000…