The project was built under the following backgrounds: Increased Early Childhood Development Programs, Poor transition of children from Community Based Childcare Centres (CBCCs) to primary school, Lack of tailor made teaching and learning materials in STD 1-2, Standard 1 and 2 teachers not undergoing refresher course and Poor coordination among stakeholders at national, district and community level.
The project was started on 1st June, 2015 and implemented up to May 2018 with Roger Federer Foundation as the main funding partner.
According to an independent evaluation of the project after implementation, it was established that the project had contributed to about 63 percent in the dropout rate in the lower classes.
The project has been implemented in 114 primary schools within six districts of Chitipa, Rumphi, Ntchisi, Lilongwe, Machinga and Nsanje. 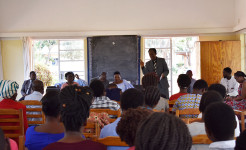 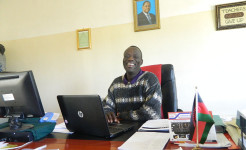 Established in 2010, DAPP Dowa Teachers’ Training College (TTC) trains young men and women to become primary school teachers in rural Malawi areas. Since its establishment, the school has graduated 556 with 223 males and 333 females. The school trains… Nutrition activities in schools of Malawi make a big difference both on reducing malnutrition, promoting children’s development and getting children to stay in school.8 million Malawians are estimated to face hunger in 2016/2017 season. The food crisis has a… Play time is one of the most exciting things children love to do at school. Having a playground at school helps pupils to learn new skills when they play as group and it plays a greater role in their physical health because such outdoor games are part of…