DAPP Malawi had been sub granted funds from Wits Health consortium through ADPP Mozambique which was funded by Global Fund to implement a Tuberculosis in Mining Sector (TIMS) Program. WITS Health Consortium (WHC) sub granted ADPP Mozambique to implement the programme in 10 southern African countries including Malawi. Currently, TB burden in Malawi cannot be underestimated as the incidence rate is 131/100,000 population which is still high. Miners have a two-fold increased risk to develop TB compared to the general population due to lung injury from occupational exposure, hence Ministry of Health through the National TB Program approved the project. The project started in July 2016 and ended in December 2017.

The idea of the project was to prevent the spread of Tuberculosis amongst the key populations (Miners, Ex – miners, their families and communities where they stay) within the mining communities of Chiradzulu, Phalombe and Neno districts. The project aimed at increasing TB case finding amongst Mining Sector Key population and access to information on TB/ HIV &AIDS prevention, Testing and Counselling, care and treatment to presumptive TB patients.

Among the activities in the project were awareness and sensitization campaigns, TB screening through “Active Case Finding” and Contact Tracing. These were achieved through door-to-door campaigns; realization of workshops at workplace or mining sites; Peer Educators and Local Radio were also used for information dissemination. The Project targeted to screen 15,000 key population in the Mining sector and 15, 279 were reached. 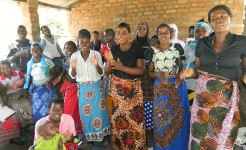 Development Aid from People to People (Dapp) in partnership with the Valdese Church through Humana People to People Italia is implementing a project known as Screening, Care and Nutrition for the Management of Severe and Moderate Malnutrition in Children Aged… 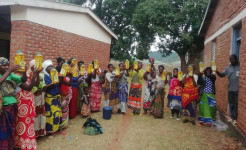 The DAPP Nutrition Screening project in Machinga district is in its second year of implementation. The project continues to implement the activities but with limitations due to the Covid-19 pandemic. Active case finding through screening of under 5 children…